“Running on Faith” appeared on Journeyman, the 1989 album by Eric Clapton. which was considered the artist’s return to sobriety. During the 80s he had developed a heroin addiction and had become an alcoholic, and had also had suicidal thoughts. He is reported to have  said “the only reason I didn’t commit suicide was that I knew I wouldn’t be able to drink any more if I was dead.” 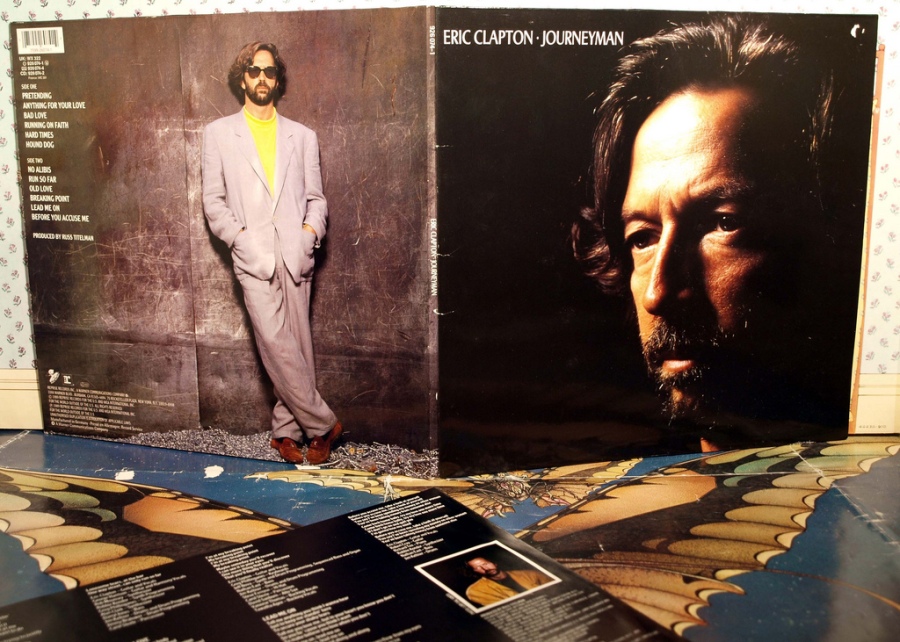 A journeyman is a qualified worker “who works for wages for another” (early 15c.)
The word derives from journey (n.), which comes from Latin diurnus (pertaining to a day, daily) and its derivative French jour (day) and journée (meaning either “day” or “something done during the day,”)
Therefore, preserving the etymological sense of the word, it meant “a day’s work”. In the medieval trade guilds journeymen were paid each day and in some parts of Europe, such as in Germany, some workmen became wandering journeymen, moving from one town to another to gain experience.

Besides “a day’s work”, it also meant the ” distance travelled in one day”, i.e. a trip, a travel. Only this meaning came into widespread use and now journey refers to travel without regard to the amount of time taken.