This leads to the corollary: “In time, every post tends to be occupied by an employee who is incompetent to carry out its duties”

Therefore: “Work is accomplished by those employees who have not yet reached their level of incompetence.”

In other words, employees are promoted for their performance in their previous role rather than on skills relevant to the new one. until they cannot handle their new responsibilities. This means they stop being promoted, having reached the level of their incompetence. 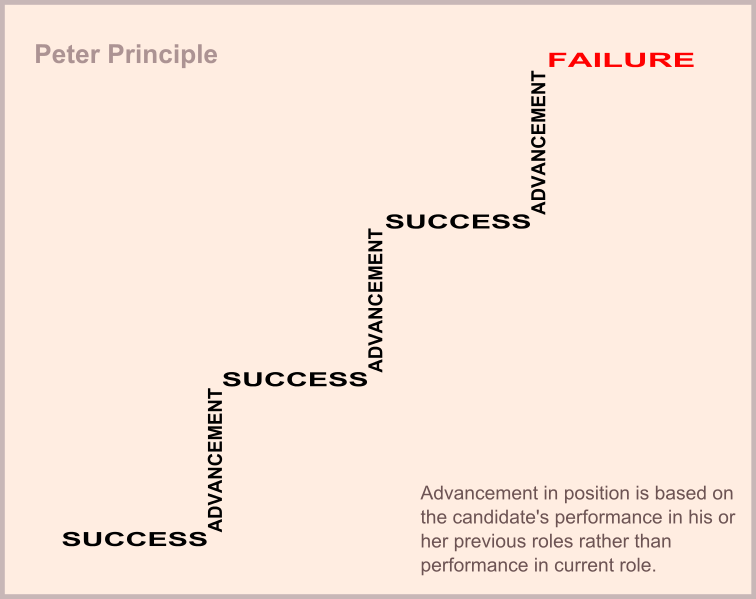